These four attributes are integral to an effective mediation.

Fairness
The process and the person conducting the process must be fair. What’s more, all participants must perceive them as fair. Mediation is a level playing field. This safe, neutral environment is a good place to test the validity of an argument.

The mediator is a professional neutral. Without preconceptions, she can serve as a sounding board for every person’s position.

Respect
Agreeing to mediation shows respect for others. It signals a willingness to listen. This signal is reinforced by exercising courtesy and diligence in the scheduling process and following through up to, at, and after the meeting.

Communication
Any credibility earned before mediation is squandered if parties demonstrate they are not listening during negotiations. Failure to listen is shown by an inappropriate response, such as shouting at or insulting the opponent or refusing to continue participation.  It may seem counter-intuitive, but the mediator can facilitate communication between parties by separating them and using shuttle diplomacy to calmly convey each party’s message.

Trust
No negotiation result is satisfactory if the parties do not trust the other side to follow through. If mistrust has arisen due to past misunderstandings and broken promises, part of the mediator’s job is to re-build enough trust to resolve the dispute.

One solution to this problem may be to use a different negotiator at mediation, someone who does not incite personal animosity. Another solution is to make sure all agreements are specific and documented before parties leave the mediation. Particularly when the relationship has been hostile, the mediator is the linchpin in parties’ trust in a negotiated agreement.

Near the start of every mediation, once each side is in their own caucus room, I spend time talking directly with the injured worker. There are at least three reasons to do so.

1. I want to build trust in the mediation process. 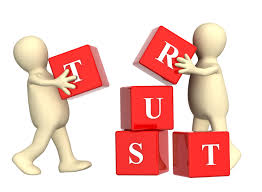 I participated in many workers compensation mediations before I became a mediator.  I never saw a mediator take the time to talk to the injured worker. Instead, I saw mediators create a barrier between themselves and the injured workers that made settlement more difficult. I work hard to make sure no communication barriers exist.