I see cases– sometimes years later– where the parties were oh-so-close to settling when negotiations broke down. Nobody would compromise their bargaining position to give that last inch, and they didn’t have a mediator to help them bridge the gap. 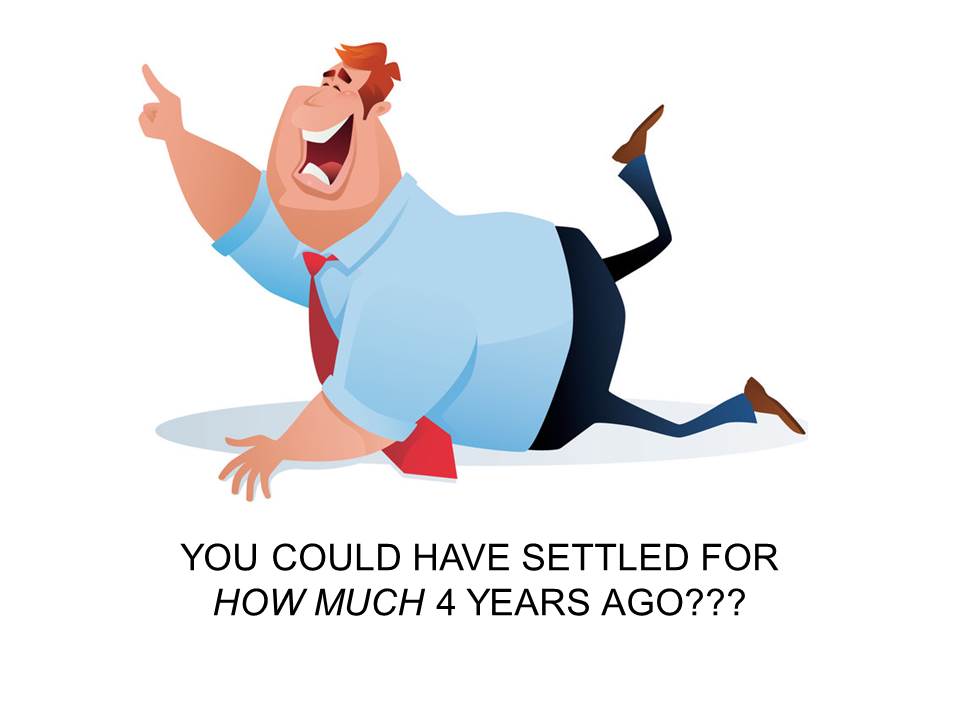 A Secret Response To An Offer Nobody Made
A “mediator’s proposal” works like this. I come up with a figure, sometimes with conditions such as CMS approval, which I believe will settle the case. Neither party has made this settlement offer, but, based on the negotiations which have occurred so far, it is a figure I believe all parties can accept.The mediator’s proposal depends on confidentiality. Parties are in separate rooms at this point. These separate sessions are called “caucuses.” I have always communicated my mediator’s proposals aloud in the caucus room, but some mediators write the proposal on two pieces of paper (one for each side) and sometimes put them in envelopes to be opened once the mediator has left the caucus.

Blame it on the mediator
The mediator’s proposal allows mediation participants to save face. “It wasn’t our idea; it was that darn mediator’s.” Sometimes attorneys hesitate to be completely forthright in their recommendations to their clients, particularly if they are the second or third attorney on the file.  The mediator’s proposal opens the door for a frank discussion while allowing the attorney to shift responsibility to the mediator for an idea the client may find distasteful.

Mediators don’t stick their necks out to come up with a proposal unless they are pretty sure it is going to be accepted.  These things don’t happen early in the mediation.  More likely, you will see a mediator’s proposal when it looks like parties are heading to an impasse. Because my mediator’s proposal is a reflection of the parties own negotiation to this point, it is generally accepted.